Kerch is the language commonly used by the inhabitants of Kerch.

A ★ indicates the Kerch word comes directly (unchanged) from Dutch.

The Kerch writing system is an abugida with characters that fit together fairly closely.[1] This means that vowels are attached to consonants to form letters, which are then used to form words. 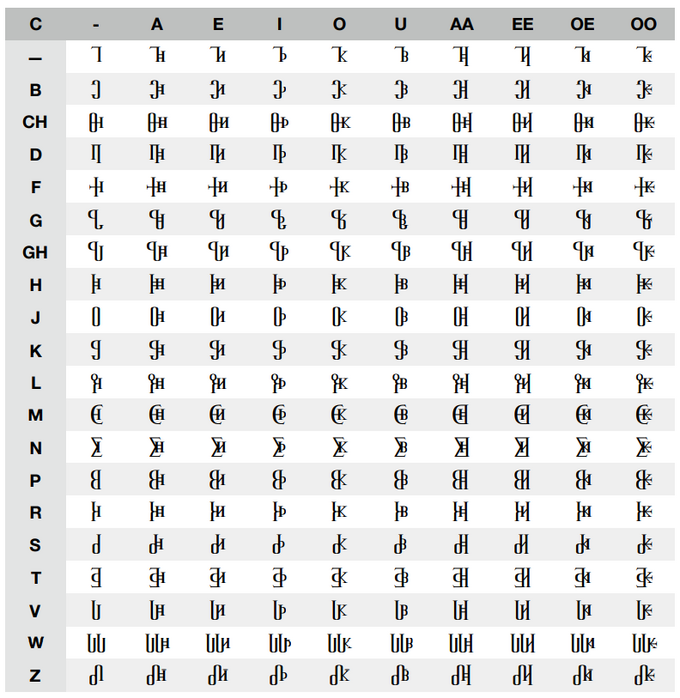 The vocabulary of Kerch in the books is heavily influenced by Dutch.

David J. Peterson created the writing system for Kerch used in Netflix's Shadow and Bone, but there is no Kerch language in the show (yet).

Community content is available under CC-BY-SA unless otherwise noted.