Rule of Wolves is the second book in the King of Scars Duology by Leigh Bardugo, set in the Grishaverse and focused on the character Nikolai Lantsov.[1][2] It was released on March 30, 2021, by Imprint.[2]

The wolves are circling and a young king will face his greatest challenge in the explosive finale of the instant #1 New York Times-bestselling King of Scars Duology.

The Demon King. As Fjerda's massive army prepares to invade, Nikolai Lantsov will summon every bit of his ingenuity and charm—and even the monster within—to win this fight. But a dark threat looms that cannot be defeated by a young king's gift for the impossible.

The Stormwitch. Zoya Nazyalensky has lost too much to war. She saw her mentor die and her worst enemy resurrected, and she refuses to bury another friend. Now duty demands she embrace her powers to become the weapon her country needs. No matter the cost.

The Queen of Mourning. Deep undercover, Nina Zenik risks discovery and death as she wages war on Fjerda from inside its capital. But her desire for revenge may cost her country its chance at freedom and Nina the chance to heal her grieving heart.

King. General. Spy. Together they must find a way to forge a future in the darkness. Or watch a nation fall.[2]

Shu Han's ruler, Queen Makhi Kir-Taban, plots to kill her sister Ehri Kir-Taban from taking the throne when a blot of darkness with a likeness to the Shadow Fold spreads past the Unsea and into Shu Han. Nina Zenik has successfully infiltrated the Ice Court under the alias Mila Jandersdat, serving as Hanne Brum's courtier. The pair decide that Hanne must enter the Heartwood, a competition between women to decide who they will marry. She gains the favor of Fjerda's Prince Rasmus Grimjers when she uses her Grisha powers to lessen his chronic illness. Nina aids the Ravkan war effort by turning the Fjerdans to worship the Grisha saints, creating a divide in the ranks of the drüskelle. She discovers that Jarl Brum has kept Nikolai Lantsov's birth father, Magnus Opjer, prisoner and plans to use letters between him and the former Rvakan queen, Tatiana Lantsov to get Nikolai deposed. Hanne and Rasmus grow closer but Rasmus is revealed to be a power-hungry tyrant who feels satisfaction at other people's misery. Nina also discovers that Rasmus's bodyguard, Joran, killed Matthias Helvar in Ketterdam. Torn between loyalties and morals, Nina almost blows her cover to Jarl but manages to keep herself together. Nina and Hanne develop a romantic relationship and plan to run away after converting the Fjerdans to realize the Grisha are not abominations.

Nikolai struggles to hold the throne due to the accusations of his bastardry. He has developed a control over his demon but depends on doing another obisbaya to rid himself of the darkness inside of him, kill the Darkling, and prevent another Shadow Fold from being formed. He works closely with David Kostyk to develop nuclear warheads and together with Nina's messages from inside Fjerda they are able to triumph over Fjerda and reclaim their Grisha using antidotes to jurda parem. Zoya Nazyalensky mourns the death of her mentor, Juris but feels incompetent to wield his dragon powers. The Darkling brokers a deal to let him meet with Alina Starkov and in return he will lead them to the thornwood that will allow the obisbaya to take place. He uses a branch of the wood to pierce both Alina and Malyen Oretsev's hands, giving him control of the darkness again before he escapes under the guise of Yuri Vedenen to assemble supporters of the Starless Saint.

Makhi kills all of Ehri's bodyguards but Ehri manages to survive with the help of Grisha Healers. Ehri, Tamar Kir-Bataar, and Mayu Kir-Kaat escape to Shu Han and convince the governing body to remove Makhi by exposing the khergud program, and Mayu reunites with her brother Reyem Yul-Kaat. Leyti Kir-Taban, Ehri and Makhi's grandmother, takes back the throne.

Os Kervo is bombed from above by Fjerda on the day David and Genya Safin are married. David is killed and Ravka becomes weaker without enough titanium to build the weapons to retaliate. Nikolai and Zoya travel to Ketterdam under the cover of Sturmhond and employ the aid of Kaz Brekker to steal a cache of titanium from a military base on Kerch. The pair become close but Zoya refuses to give in to her feelings after she had failed Juris and her aunt. When they return to Ravka, Nikolai meets an escaped Magnus and accepts that he is a bastard king without any Lantsov blood. He uses his influence as Sturmhond to lead the Fjerdan forces into a trap, opening a blockade and ambushing them with Grisha forces led by Zoya. Fjerda responds using a weapon called 'Songbird' that deafens their forces, but Nikolai's demon neutralizes the threat. The escaped khergud aid the battle effort and go into hiding until the war is finished. Nina is brought onto a Fjerdan base with the Brum family and Rasmus. She is betrayed by the Apparat, who has installed himself in the Fjerdan court. Zoya rescues Nina and escapes by accepting her love for Nikolai and becoming a dragon, but Hanne is left seemingly dead by the hands of Rasmus. Zoya's dragon form finishes off the Fjerdan fleet and she becomes worshipped as Sankta Zoya by the Fjerdans and Ravkans. Hanne is revealed to have tailored her body to look like Rasmus's and she and Nina become engaged while Jarl is exiled for his embarrassment as leader of the drüskelle while the Apparat is imprisoned. Nikolai, who has accepted the demon within him, relinquishes his crown and Zoya becomes the Dragon Queen, first of the Nazyalensky royal bloodline.

In the aftermath of the battle, Shu Han and Ravka make amends. The Darkling willingly imprisons himself in Sankt Feliks's thornwood, stopping the flow of the Fold and consigning himself to eternal torture. Zoya, Genya, and Alina plot to find a way to let him die in peace after his redemption by finding Feliks's heart. Zoya sends a message to Kaz and the Crows that they have a new mission from the Queen. 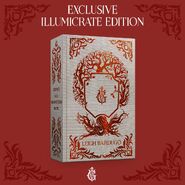 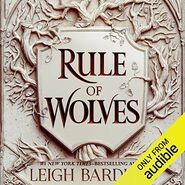