We had the honor and privilege of meeting the one...the only...Leigh Bardugo!! Leigh could not be funnier- it was a blast hanging out with her and discussing The Grisha Trilogy. Check out our exlusive interview below! (Note: This was a recorded interview that has since been transcribed and edited.)

Don't forget to check out the Fierce Reads blog tour schedule to see if Leigh and the other YA authors are coming to a town near YOU! 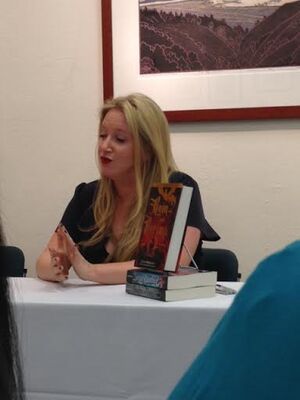 Q: What do you like about each of your leading men and what drives you crazy about them?

Q: What is the fan favorite moment?
A: The quote that I see show up on Tumblr the most is Mal's speech, when he says, "I've walked half the length of Ravka for you, and I'd do it again and again and again just to be with you." It's about missing her and how he missed her every hour and got the wind knocked out of him. I think the second one is a Mal quote too- "I don't care if you danced naked on the roof of the Little Palace with him. I love you, Alina, even the part of you that loved him."

There is a line in Siege and Storm where Alina says to Mal, "There is no end to our story", and honestly that was the line that- and it's embarrassing to be like "I'm so moved by my own words"!- but when I would read through the drafts when I was editing, that was the line that I was like wahh (tears).

Q: In Siege and Storm, why doesn't Alina just trust Mal?
A: She thinks she's going crazy- you have to remember that this is not just about Alina trusting Mal, it's about Alina trusting herself and she really doesn't at that point. She is grappling with her hunger for power in a real way for the first time. She's taken on two amplifiers at this point, so she's done something no Grisha has ever done in history and is questioning what this is going to mean for how it's changed her. She's seeing things that she's not sure are really there. She's literally hallucinating about the guy that was supposed to be Mal's competition- it's really easy to be like 'why don't you just have a talk about it?' And be like, 'listen, last time you tried to kiss me- um, I imagined another man standing there.' It's actually a fairly challenging thing. She's really at a stage where she thinks I'm maybe turning into something.

I think the thing to remember too is that The Darkling is sometimes an exemplar of what Alina is afraid of becoming. He is somebody who is so deeply isolated by his power and Alina has spent most of her time in isolation. It's been Mal and Alina against the world and to think 'maybe I'm changing fundamentally, maybe I'm becoming something else' is a frightening thing.

I think that's actually true for a lot of people who are in relationships- either you grow together or you break up.

Here are some fun photos from the Ruin and Rising launch party in L.A. and from the Fierce Reads book signing in San Francisco (which also featured three other awesome authors, including Ava Dellaira, Jennifer Mathieu, and Emmy Laybourne). Check it out! 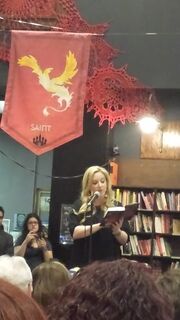 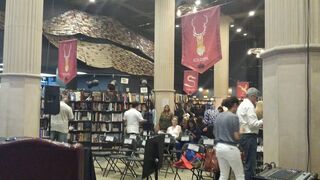 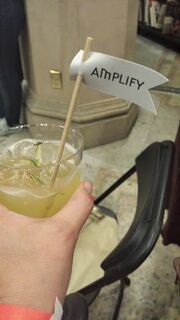 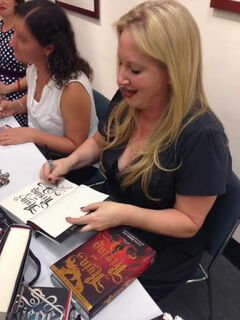 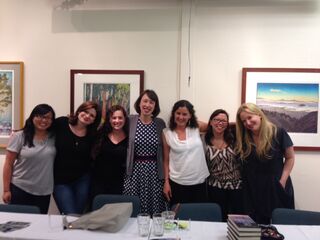 Group Pic with Wikia and the Authors! 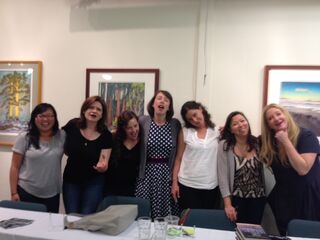